Why I Speak My Language

This post was written by OneAmerica Intern and Leader 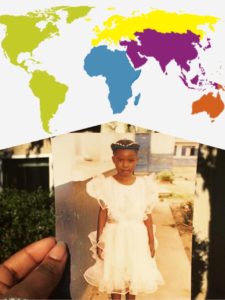 I came to the US from the DRC (Democratic Republic of Congo) at the age of seven. As a new immigrant, I experienced many challenges around how to increase my proficiency in English while maintaining Swahili, my home language, so that I could continue to communicate with my family here and abroad.

Around the world, more than half of people – estimates vary from 60 to 75 percent – speak at least two languages. In the Democratic Republic of Congo (the DRC), there are an estimated 242 languages that are spoken. The official language, inherited from the colonial period, is French, but there are four nationally recognized indigenous languages: Kituba (called “Kikongo”), Lingala, Swahili and Tshiluba. I speak Swahili because it connects me to my cultural roots, my family and my identity.

Speaking more than one language has many benefits in today’s globalized world, and it has become commonplace for people to speak more than one language. For example, King County residents speak more than 170 languages! More specifically, in many parts of South King County where I grew up, more than a quarter of the population speak a language other than English. In the Highline School District, where I went to school, students and families speak over 70 languages (Felt, 2014).

Many immigrant and refugee parents feel pressure to teach their children to speak only English as soon as they arrive in the United States. Many parents believe one must speak English to be an American, and that English is the gateway to becoming a part of American society. But the power of bilingualism is undeniable.

Being able to speak another language provides the opportunity for cross-cultural communication, to learn about the world and expand my horizons. Speaking my home language enables me to transcend geographical barriers and allows me to communicate with people from all over the world that also speak Swahili. Imelda, my bible studies instructor is from the Philippines. We both come from two completely separate parts of the world, but are able to communicate in Swahili. It amazes me that she can fluently speak her home language, Tagalog, and also speaks Swahili and English. We are connected in this way.

Another example of connection is with my family friend Yanzambe. Yanzambe is from Congo. Yanzambe has had to relocate many times as a refugee; he spent years in Brazil as a refugee before coming to the United States. Not only is Yanzambe able to communicate with me in Swahili, he is also fluent in Portuguese, Spanish, and French. Even though Yanzambe is very new to the United States, soon enough he will be able to add English to that list as well.

I have also learned from friends who speak their own home languages! I reflect on culture-building moments with my Somali and Spanish-speaking classmates. We lived in the same apartment complex. The intense curiosity of each other’s languages, cultures, and customs (although in some instances polar opposites) led us to be the best of friends. We were always excited to share meals together, not only because the food is delicious, but also because that’s one way we learned and exchanged parts of our culture with each other and with one another’s families. Learning how to say “rice” in Spanish or “tea” in Somali was really exciting as a little kid. Even as an adult, I cherish the moments where I am sharing community with other people through food. I love offering and sharing education with the community around me.

This is how language connects us all, regardless of where we come from. And this is why I am so excited about the Speak Your Language campaign!

The Speak Your Language campaign seeks to promote the cognitive, social, and professional benefits of bilingualism, while distributing information throughout the state about resources for dual language learners. OneAmerica founded the campaign to close the gap in education opportunity for immigrant students by highlighting the inherent value of bilingualism as a student asset. A coalition of English Language Learner (ELL) advocates in South King County came together several years ago to advocate for significant shifts in how our school systems value and support the assets ELL students bring to the classroom. Building public will and positive messages around bilingualism and supporting and retaining home language with parents, students, educators and policy makers emerged as a key strategy to support this goal and the Speak Your Language campaign was born. Through encouraging maintenance of home language, we also hope to promote classroom diversity and sustain pride in cultural identity.

The Speak Your Language campaign is important to me because I want students and families to continue to speak their home languages and honor their cultural traditions. When I discovered the Speak Your Language campaign, I felt joyful. I flashed back to memories of myself in elementary school. I recall having to translate during conferences for my parents, from English to Swahili and vice versa. The fondest memory I have was being capable of inspiring curiosity and wonder within my classroom about my culture. I came from a country that most students and educators were unfamiliar with—I came from a place unknown.

The same passion I developed in my childhood when navigating the education system leads me to continue advocating and empowering dual language communities. The Speak Your Language Campaign resonates with me so much that I decided to onboard at OneAmerica as an intern with the campaign. I am honored and look forward to seeing the initiatives in education that I needed as a young student come into full effect in education policy and learning environments.

We are so excited to provide this vital resource for our local global community so that everyone feels empowered to speak their language!

What information do we collect? We collect information from you when you register on our site, subscribe to our newsletter, respond to a survey or fill out a form. When ordering or registering on our site, as appropriate, you may be asked to enter your: name, e-mail address, mailing address, phone number or credit card information. You may, however, visit our site anonymously. What do we use your information for? Any of the information we collect from you may be used in one of the following ways: To personalize your experience (your information helps us to better respond to your individual needs) To improve our website (we continually strive to improve our website offerings based on the information and feedback we receive from you) To process transactions Your information, whether public or private, will not be sold, exchanged, transferred, or given to any other company for any reason whatsoever, without your consent, other than for the express purpose of delivering the purchased product or service requested. How do we protect your information? We offer the use of a secure server. All supplied sensitive/credit information is transmitted via Secure Socket Layer (SSL) technology and then encrypted into our Payment gateway providers database only to be accessible by those authorized with special access rights to such systems, and are required to keep the information confidential. After a transaction, your private information (credit cards, social security numbers, financials, etc.) will not be stored on our servers. Do we disclose any information to outside parties? We do not sell, trade, or otherwise transfer to outside parties your personally identifiable information. This does not include trusted third parties who assist us in operating our website, conducting our business, or servicing you, so long as those parties agree to keep this information confidential. We may also release your information when we believe release is appropriate to comply with the law, enforce our site policies, or protect ours or others rights, property, or safety. However, non-personally identifiable visitor information may be provided to other parties for marketing, advertising, or other uses. Third party links Occasionally, at our discretion, we may include or offer third party links, products or services on our website. These third party sites have separate and independent privacy policies. We therefore have no responsibility or liability for the content and activities of these linked sites. Nonetheless, we seek to protect the integrity of our site and welcome any feedback about these sites. Online Privacy Policy Only This online privacy policy applies only to information collected through our website and not to information collected offline. Your Consent By using our site, you consent to our websites privacy policy. Changes to our Privacy Policy If we decide to change our privacy policy, we will post those changes on this page, and/or update the Privacy Policy modification date below. This policy was last modified on 7/28/17 Contacting Us If there are any questions regarding this privacy policy you may contact us using the information below. http://www.weareoneamerica.org 1225 S. Weller St Suite 200 Seattle, Washington 98122 US info@weareoneamerica.org 206-452-8403
Skip to content
Go to Top